Why you want to A/B test your designs.

Do you want to know the answers to these questions before launch?

In fact, your cover design has one job, to get your potential readers to pick your book up off of the shelf. Thus, A/B Testing is a simple and valuable tool for your toolbox that can tell you if your design is doing its job.

“Which book cover will grab my readers’ attention?”

How much time, effort, and energy you spend on it will depend on the cost and the impact the item you are testing will have on your bottom line.

You could run a Twitter poll to find out which cover your followers like. But do your followers make up an accurate cross–section of your readers? An A/B test specifically targets your potential customers.

Should you ask experts and friends for advice? Of course you should!

But I like freckles. If you ask my opinion on a model with freckles versus one without, chances are I will pick the freckles. On the other hand, there are some markets with people who think freckles are ugly.

On top of that, in your market, 80% might think freckles are ugly. Even so, 5% could be so enthusiastic about freckles that sales of cover A significantly outperforms cover B.

An expert can give you some of that information. A/B testing can give you the data you need to make a decision.

How to A/B test effectively.

Note: There are more advanced rules for implementing A/B testing, but these are a good place to start for a beginner.

Last year, I had a blog post to which I wanted to direct more traffic. In order to accomplish this, my theory was:

I can generate more clicks with a more informative feature image.

Here is what I learned.

With Image A, readers clicked on my link 70 times out of 5600 impressions. But, only 13 out of 4951 people clicked on image B. You don’t have to be a math genius to see that Image A did much better than Image B.

My theory was a failure, but the test was a success. That is, I learned that I would lose a lot of potential clicks if I changed the featured image.

How to test a coffee mug for your “Wow Box.”

Last week, I made a mug to use for what Dan Kennedy calls a “Wow Box.” (Kennedy, 2016) Later, I thought the mug might look better with a fancy font.

So, I set up a simple test. I created two identical product pages and two identical $10.00 ads. Then I changed one of the mugs’ images to the fancy text. When I checked back a few hours later, I saw that Fancy Mug was the clear loser.

Yes, this was a short test. Certainly, longer tests will give you more data. Thus, I would test longer if I wanted to sell mugs. For example, I found that far more people liked Fancy Mug in the afternoon than in the morning.

But, since I will be mostly giving the mugs away, I only care that Blocky Mug is more appealing.

A/B tests turn dollars into high-value data that can answer your most important questions:

Get expert advice from experts, but also add A/B testing to your toolbox. Be creative. The results will teach you how to reach more people with your writing.

The writing system that I use is based on: 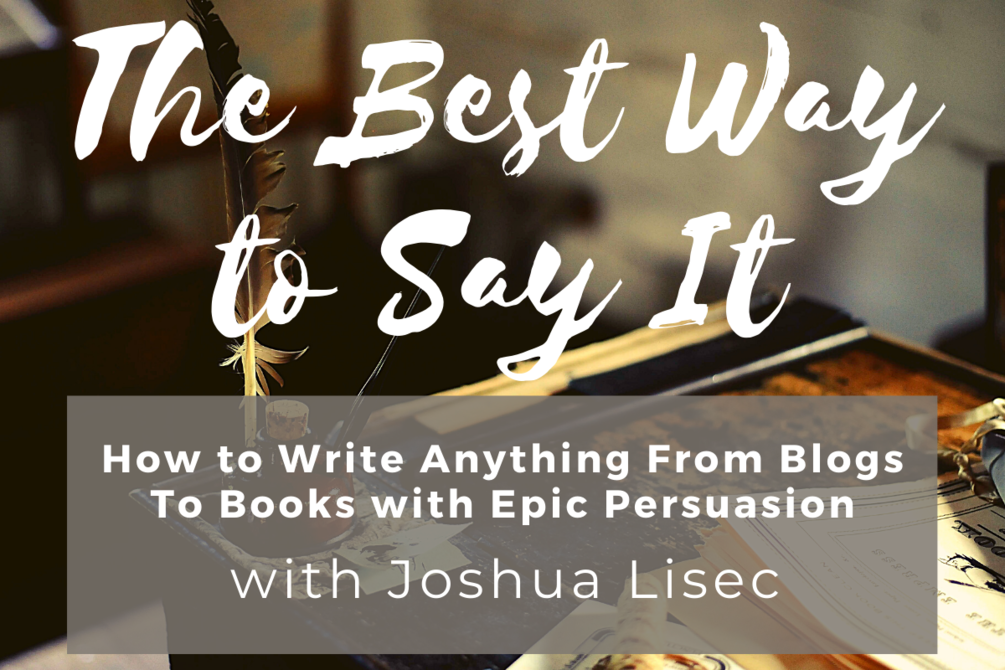